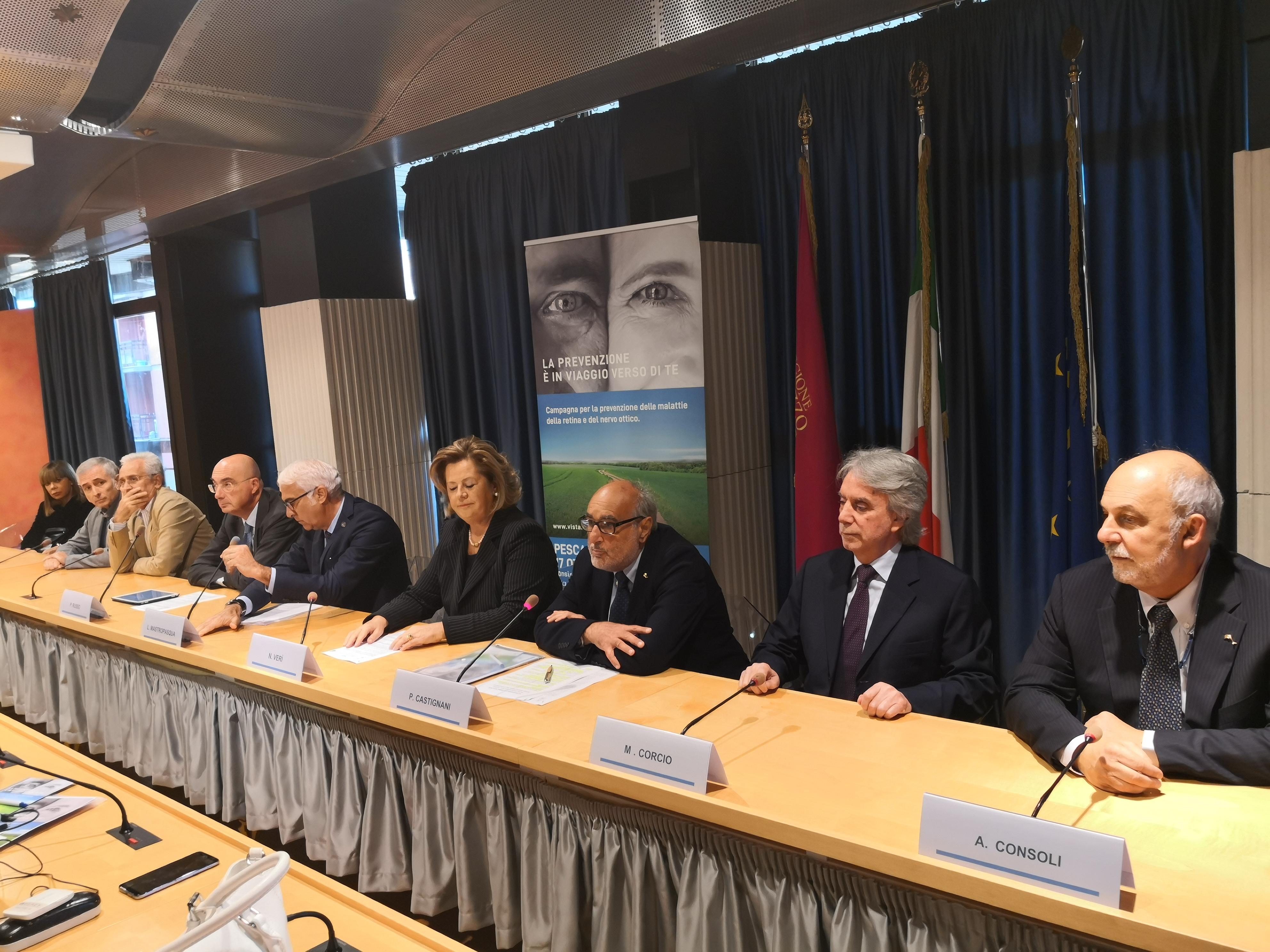 The first regional network in ophthalmic telemedicine will be available in Abruzzo, thanks to IAPB Italy and the Centro Nazionale di Alta Tecnologia in Oftalmologia, with the aim to “move images, not patients”. The news was shared during the Free Eye Examination in the City Squares Campaign, which is still ongoing in Pescara (19-21 October), Teramo (22-24 October) and L’Aquila (25-27 October)

The prevention campaign for retinal and optic nerve diseases has reached Abruzzo. Local residents aged over 40 will be able to undergo an eye examination free of charge inside the IAPB large high-tech road vehicle, a 100 sq. meters wide mobile diagnostic unit, equipped with four different labs. These check-ups will be available from today in Pescara (19-21 October), then they will move on, first to Teramo (22-24 October) and then to L’Aquila (25-27 October). This initiative will tour the rest of Italy and will be ongoing until 2021. Click here to check the upcoming dates and locations.

The first ophthalmic telemedicine project in Italy was announced during the opening conference of the Abruzzo Free Eye Examination Campaign. The project has created a network of diabetes and ophthalmic health centres across the Abruzzo region. Each diabetes centre will also photograph the fundus of the eye of its patients. “The pictures will be sent to the Centro Nazionale di Alta Tecnologia in Oftalmologia – Director Leonardo Mastropasqua explained – so that we will be able to make an instant diagnosis and treat the patient immediately, with consequential advantages for the regional administration and the local healthcare units (ASL), in terms of reducing costs and waiting lists.” This project aims at “moving images, not patients, bringing us closer to the UK, where 82% of patients are diagnosed in this way.”

“This is a multidisciplinary project that will improve the efficiency of healthcare services, save economic resources and bring constantly controllable results,” said Ms. Nicoletta Verì, Regional Health Minister of the Abruzzo Region.

“Images will be sent to a reading centre for a preliminary analysis and early detection of eye disease – explained Mr. Michele Corcio, IAPB Italy vice president , during the conference. The aim of all these initiatives is an early diagnosis of illnesses that could lead to blindness. Diseases such as glaucoma, maculopathies and retinopathies are extremely treacherous since they produce no symptoms in the early stages, even though the optic nerve is being damaged. They are extremely serious, if not treated, but, paradoxically, can be effectively treated if diagnosed in time. For this reason, it is important to undergo regular check-ups even in the absence of symptoms.”

A positive response was also received from Parliament, with the introduction of preliminary support to IAPB Italy’s three-year campaign in the 2019 Stability Law. Paolo Russo MP, an ophthalmologist and president of the parliamentary intergroup ‘Protection of Sight’ confirmed that there is a need “for a new ‘New Deal’ to protect sight. Italy is already a world champion in ophthalmology. We must also become so in prevention. The paradigm must change: our objective is not just treating illnesses, but preventing them from arising and developing further.”